Winter Sports
News
As part of the four-man quartet, Lawrence has a chance of a medal in Beijing
Simon Lillicrap
15:14, 26 Jan 2022

Taylor Lawrence, at just 25-years-old, has already lived quite the life. Marine? Check. Talented multi-sportsman? Check. Winter Olympic medalist? Pending. Next on his agenda is a medal in Beijing as part of Team GB’s four-man bobsleigh, despite only picking up the sport in 2019.

“I wouldn't say it is easy, but definitely the Marines I'd have to say was more difficult,” he laughs as he speaks to the Sportsman from his pre-Olympics training camp in Germany. “But bobsleigh has its own challenges and its own things you have to overcome but I've taken all of it in my stride and I find myself here now.”

Lawrence along with the rest of his team is preparing for the biggest event of his life, and his military background has given him the discipline, teamwork and determination to succeed on the ice. Passing out to become a Marine is still the most difficult thing he has ever done.

“It is 32 weeks of training,” he reflects. “Not for the faint-hearted, but some of the toughest times are when you are just cold, wet, just want to go to bed, you just want to take a step back. But it is those times where you have to get round the lads and just remember, it is not just you. There are also in your troupe another 30 odd people that are experiencing what you are at exactly the same time. The main thing is when you are cold, wet and hungry, you sort of have to dig deep and ask yourself - 'do I really want to do this?' 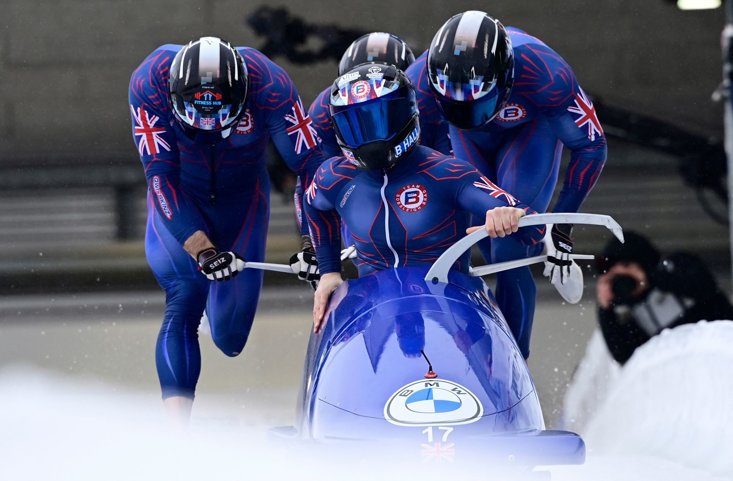 “The things that help you be a good soldier, organisational skills, the way you carry yourself, the way you interact with people, all those things, it definitely helps in the bobsleigh world and in the wider sporting world,” he continues. “Coming from football and rugby, team-based sports, into the military, it is a close-knit community that are around each other, you have got to pick each other up when times are bad and you get to enjoy the good times when times are good. The combination between the military and sport in general works hand in hand.”

Lawrence was playing rugby with the Marines when he was spotted by Adam Baird, a Sergeant who was also one of the development GB drivers. Given his size, 6ft 4in and his speed, Lawrence had the basic attributes that make a good slider, but he was still a complete newcomer to the sport.

“This was a huge baptism of fire for myself,” Lawrence accepts. “I'd never pushed from the side, loaded into a four-man or anything, I think I had two or three training runs before my first World Cup race and the lads say I got the 'red carpet treatment' into it, but it is one of those ones that I got dealt those cards, and here I am three seasons later finding myself going to the Games. A whirlwind, a rollercoaster of emotions, but awesome.”

Having been relatively successful at both rugby and football growing up, and with such a powerful physical make-up, bobsleigh may seem a strange sport for Lawrence to get into - but the uniqueness of the discipline has kept him dedicated.

“It is so unique and so different. You can't describe the feeling of going down the track or what it is like until you actually get into it. It is such a niche sport that not a lot of people do that that is one of the things that drew me towards it. Obviously you have got the speed element of it, the danger element of it as well, the fact it is just so different and it is a cool sport to do. That is what drew me in, and what has kept me here now.”

GBBobsleighSkeleton
@The_BBSA
We said it yesterday but we'll say it again: what a season for @BobsleighBrad @Taylor1lawrence @nickgleeson_ & @GregCackett! They finish 4th in the 4-man World Cup standings to go with their 5th in the 2-man & combined. Incredible effort from an inspirational bunch of guys 👏 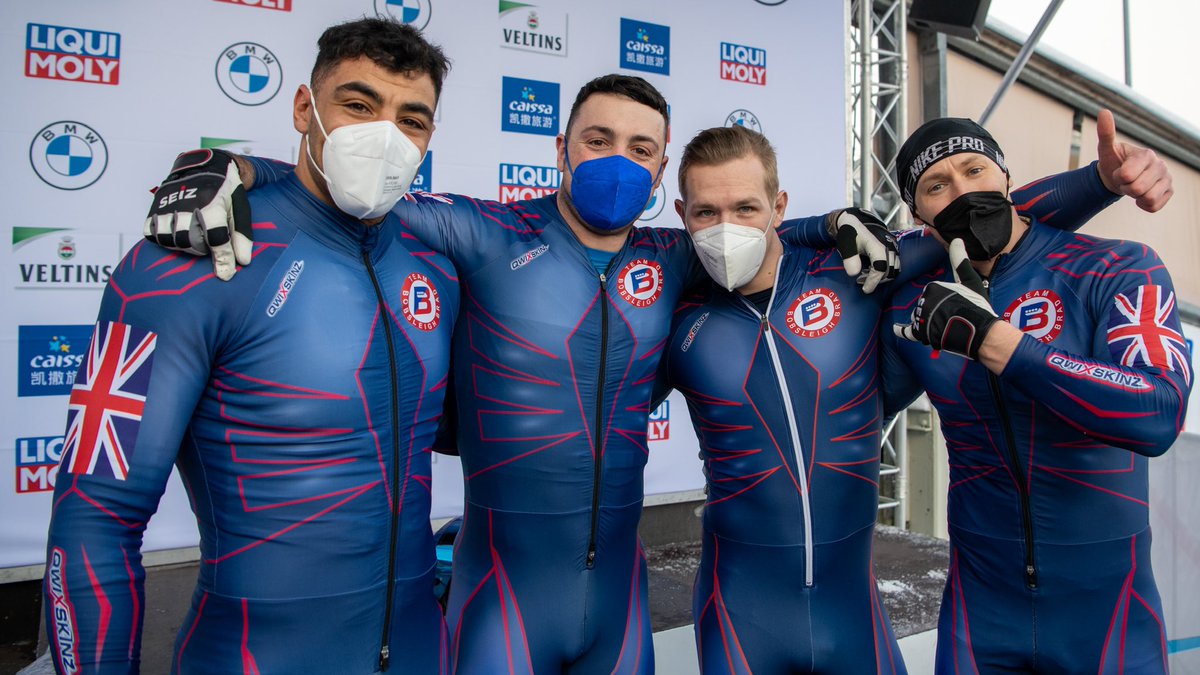 This particular quartet, consisting of Brad Hall, Gregg Cackett, Nick Gleeson and Taylor himself have enjoyed a successful season, picking up top three finishes on several occasions, which has got the entire team excited ahead of the Winter Olympics, which begins on February 4th.

“Those results fill us and the whole team full of confidence,” Lawrence smiles. “Throughout the season we have picked up World Cup medals, picked up great pushes, top one and two consistently across the season so when you are going in with that sort of confidence, you know that these are the guys you compete against every single week, day in, day out.

“The Olympics is absolutely no different - that is the mindset that I'm going in with, we are not going to be changing anything training wise, or anything. Because we know what we are doing has worked and has been working so we are just taking it into another race, with a bit more media and a bigger presence essentially. But we are there to do the job we have been doing all season.”

So with huge family support from back home and from his fellow Marines, what is the target in Beijing?