Winter Sports
News
Curling is on his mind, but he also has a special task to complete in China
Simon Lillicrap
17:05, 30 Jan 2022

Team GB’s Curling Head Coach and former silver medalist David Murdoch is heading to Beijing with medal hopes in all three disciplines, and hopes to return with a whole host of medals as well as some special pictures

“It is so tough,” he tells The Sportsman from Heathrow Airport, as the squad prepared to fly out to China for the Winter Olympics. “All of the disciplines and events that we are in we've got such a strong competition out there. As I said, I like our form, I think we have trended well, we are really building into this event and I'm very hopeful that we will be standing on the podium and I would love it if we were standing there three times. We will see how we roll.”

A proud Scot, Murdoch has risen through the British coaching ranks since missing out on the 2018 Olympics as a player and is now leading both the men and women on their quest for glory in the Chinese capital.

“This is the dream, right,” he smiles. “Being part of a bigger team, Team GB, and everything that is around that and it is so good to just have other sports and other disciplines that are cheering you on too. You get together a few times a year to introduce yourself and today again we are seeing everyone that is getting on the plane and there is a real buzz. I think that is the special thing that Team GB brings, we are one team and we come together.”

The 43-year-old is the perfect man to lead the troops, and has experience of being on the podium back in 2014, when he lead GB’s men to curling silver in Sochi, and he hopes that experience will help the current crop of athletes.

“It is certainly something I've touched on with both teams, throughout the last year in some ways. What the Games environment is like, how it is different, what to expect, media challenges, social media challenges, so all of that build-up. You are trying to offer that advice. It is just little snippets that you can just keep feeding the athletes that haven't been before.” 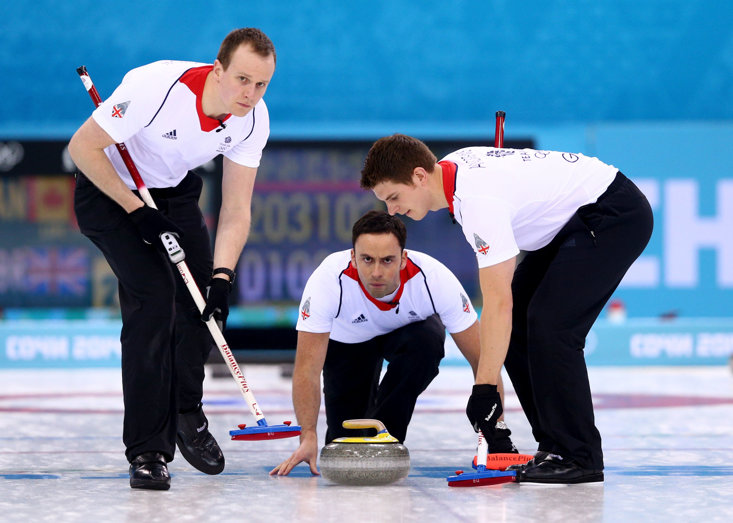 One athlete that has been there before and is heading to her fourth Games is Eve Muirhead. The Scottish 31-year-old is determined to bounce back having missed a game-winning stone for bronze in PyeongChang four years ago, and her coach has no doubt about her ability.

“Those challenges that the sporting world throws you are sometimes tough to take,” he admits. “I'm sure it was a pretty sore one for Eve and I've been in that situation too where you just miss out on a medal, but, she is so determined, she is so driven, and she has a very clear focus of wanting to come back here, wanting to be in really good shape both mentally and physically and right now she is. She has trained hard, worked really hard with her team, the team itself has changed and we have made some changes there and they are all really fresh and ready and excited about this opportunity. Eve's a fighter, this is her fourth Olympics now, she is experienced, she understands it, I think she is pretty relaxed if I am honest. I'm excited to see what she can do.”

With Muirhead and Murdoch leading a whole host of Scots once again for GB at the Olympics, the Head Coach was asked why Scotland in particular, was producing so many curling stars.

“Probably just a traditional thing isn't it,” he smiled, in a jovial mood ahead of his long flight. “Probably a lot of facilities are what we have for curling compared to England and Wales, there are not many facilities down there, that is something I would love to change I really would. We have got a huge interest in our sport that you see during the Olympics and if we can get some more facilities the sport would really grow. It has always been a hotbed for curling, it is a traditional sport for the country, a bit colder up north obviously and we need to be indoors during the winter. It is a fun sport, and certainly a community based sport.” 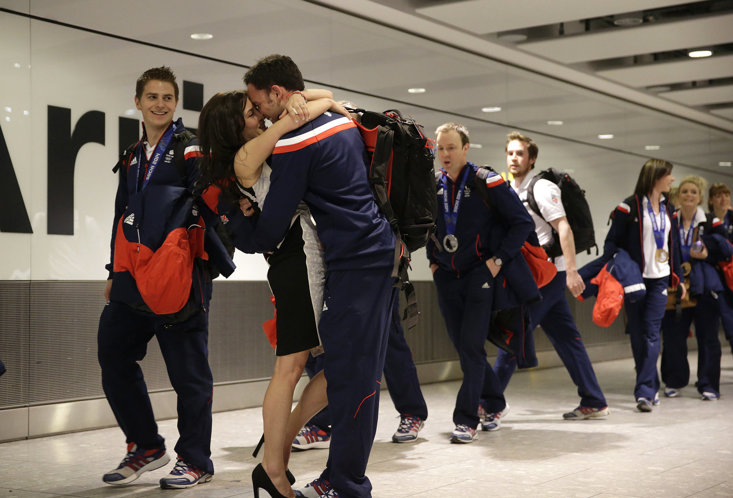 So expanding the facilities in England and Wales are on his mind long-term, but in the short-term, medals are the aim, with one other, slightly more personal quest to complete by his six-year-old daughter Grace.

“The most unusual thing I think I've got in my suitcase?” he chuckled at the question. “I would say, it is a stuffed toy that my eldest daughter gave me. She was given free reign to spend some money and buy daddy a toy to take away with me. So I've got to take pictures of this toy around the Olympic village and the arena and send them home - so it is just something fun for our family.