Parsons was third coming into the final run of the men’s skeleton but saw his position overtaken by Nikita Tregubov - with two sliders left on the track.

Latvia’s Martins Dukurs is famed as the most consistent slider on the circuit but his final run was riddled with uncharacteristic errors and Parsons, watching through his fingers, claimed the final podium spot.

Parsons was rewarded for four consistent runs down the Olympic Sliding Centre course to edge out Dukurs, the silver medallist in 2014, by just over a tenth of a second.

He was only two-hundredths of a second off Tregubov’s silver medal time while Korean World Cup champion Yungbin Sun banked an expected gold for the host nation. He revealed it has been a stressful few weeks with a pre-Games abductor muscle injury nearly derailing his ambitions.

He said: "That was a bit of a rollercoaster and it hasn't really sunk in yet. I thought I'd lost it after that fourth run, it felt like it'd had gone, I thought I’d binned it.

“But Martins Dukurs has made some more mistakes and he's the last person I'd expect that from, he’s been dominant for so many years. It's just those little hundredths making a difference, it's so close at the top. I’m just grateful that I got lucky.

Parsons, 30, is the first British man to win an Olympic skeleton medal since John Crammond 70 years ago. And it’s the fifth consecutive Games a British skeleton slider has made the Olympic podium.

Team GB
@TeamGB
From agony to elation. Amazing drama in final few runs of the men's skeleton.
Oh, and @domparsons only went and won Olympic bronze🥉! ☺️
(via @BBCSport) 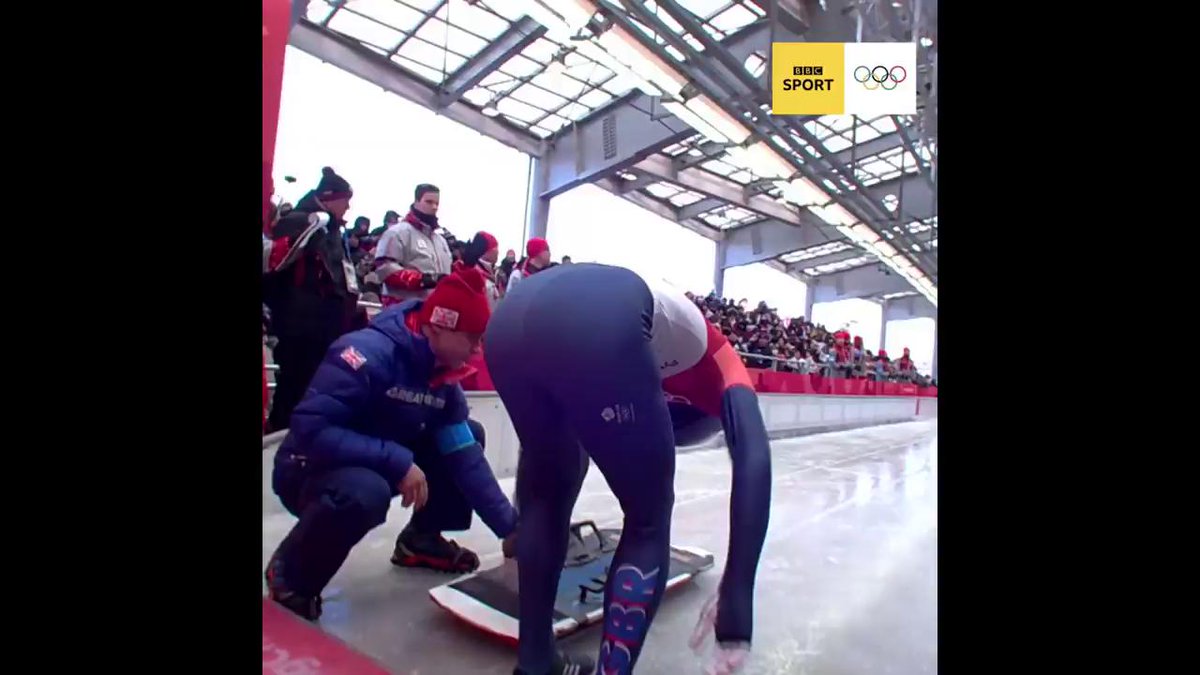 He clearly loved the track here, a reward for the endless hours of track walks with team officials, visualising every twist and turn and searching the elusive perfect line.
Considered a medal outsider at the start of the Games, Parsons was always in contention across the four runs to secure his first medal at world level since a World Cup bronze in Calgary five years.

"It's just incredible. Four years of work has gone into this, right from after Sochi when I started working with Kristan Bromley, this has been the goal from that point. Sometimes it seemed like it wasn't that close in coming and it's just amazing that it's all come together this time.

"It's been great, all the work we've put in has paid off. Right now it’s just very hard to process and doesn’t seem real.

“In the last Olympic season I did it the wrong way around. I’m got a podium in the first race and my results declined. This year it’s been the other way around. The last couple of races things have been improving and I was starting to gel with my set-up.”

He said: "It's amazing. He made us all nervous right at the end there but he deserves it. He works hard and he was the man who always said that he had the potential to do something like that and he's done it.

"Dom finished tenth in Sochi four years ago. I see myself on that same trajectory and it definitely gives me an extra drive.”

Can Lizzy Yarnold and Laura Deas follow Dom’s lead? Catch them in the women’s skeleton at 11.20am today and tomorrow. Don’t miss a moment of the Olympic Winter Games on Eurosport and Eurosport Player. Go to www.eurosport.co.uk