Chris Froome knows he is lucky be alive after his horror crash.

The four-time Tour de France champion slammed into a wall at 37mph in June 2019 and found himself in intensive care after the freak high-speed accident. He suffered a collapsed lung, lost four pints of blood, sustained a fractured vertebrae and sternum, a shattered elbow, and a double break of his femur.

Some cyclists would not have recovered from those career-threatening injuries, but then 36-year-old Froome is resilient as they come – and he relishes the toughest of challenges. Incredibly, Froome’s world was turned upside down – quite literally - when he took his hands of his handle bar in high winds, tried to blow his nose and crashed badly as a result.

The accident meant his challenge for a record-equalling fifth Tour de France crown frustratingly evaporated in the blink of an eye. Fast forward two and a half years since that fateful day and Froome has worked tirelessly to return to the racing circuit after endless recovery work. And so the last thing the Briton needed was another injury to compound is year of woe.

Froome admitted his preparations for the new season have suffered a “setback” after picking up a “painful” knee injury this week.

It means he will not be able to ride his bike for a week to ten days – and the following two-three weeks will be a gradual recovering process to see if he can slowly get back on track. It’s an unwanted month setback for the star.

But will Froome ever get back to the blistering form which saw him dominate the sport for seven years between 2011-2018?

During that time Froome won a commendable seven Grand Tour titles, with many of his rivals left in his slipstream. But the Kenyan-born rider’s last Grand Tour title was the Giro d’Italia in May 2018. That’s over three years since he won major silverware.

“Maybe the body wasn’t ready to push that hard,” admitted Froome in his latest YouTube video.

He added: “I’m not too short where I’m going to start the racing season.”

However, in a poignant post and picture with his two kids – son Kellan and daughter Katie – Froome stressed he has plenty to be thankful for in life despite, arguably, the toughest years of his career.

“2021 wasn’t quite the year I had hoped for, but you count your blessings and keep fighting,” penned Froome to his 1.5million loyal Twitter fans.

A positive spin and optimistic outlook at undoubtedly one of the biggest years of the cyclist’s career.

“For those resolving to do more riding this year, please learn from my mistake and don’t bite off more than you can chew,” he stressed. “Ease into it.”

But does Froome have time to keep easing his way back? He’s already lost precious time in his bid to win that elusive fifth Tour de France crown. And, at 36, his best years are surely behind him.

Well, try telling that to Froome, who has said he is much happier having embraced the role of an underdog, as the new leader of a developing team in Israel Start-Up Nation (ISN),

Owned by the billionaire Sylvan Adams, ISN has unquestionable financial muscle. But the question remains as to whether the team can mount a serious challenge against Team Ineos (formerly Team SKY)?

With Team SKY, Froome enjoyed a near-decade of decorated dominance. The team was – and still is in many respects – made up of a group pf star riders. And at the Tour de France, Giro and Vuelta a Espana, teamwork was key to success.

But despite his latest injury setback, a determined Froome has no doubts (publicly at least) about his quest to equal cycling greats, the Belgian Eddie Merckx (Belgium), Frenchmen Bernard Hinault and Jacques Anquetil, and Spaniard Miguel Indurain as the only four cyclists in the history of the sport to have won five Tour de France titles. 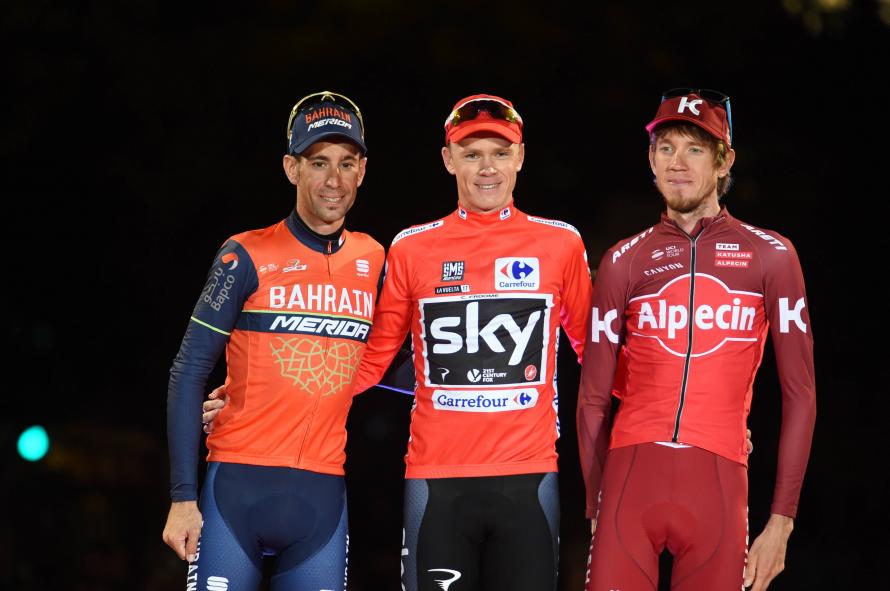 And although time is running out to achieve the magnificent feat, who could argue with Froome’s desire. He is the man who became the first to hold all three Grand Tour winners' jerseys at the same time since the legendary Hinault in 1983.

A Tour de France winner in 2013, 2015, 2016 and 2017, the cyclist is proven class. But he knows his body won’t hold up for ever – and the next few years present the best chances for him to make even more history and add to his already impressive legacy.

“It is going to be a huge ask but, with four titles, I’ve come so close to the record of five,” reflected Frrome, in an interview with The Guardian.

“[But] There’s nothing holding me back any more, so I’d love to give it my best shot and win a fifth. A lot of it is mind over matter so I hope the body will follow.”

“I had quite a laundry list of injuries, but I didn’t want to finish my career like that.

“As soon as I knew there weren’t any physical limitations I approached the rehab process like I was preparing to win a Tour – with the same dedication and commitment.”

Only time will tell whether Froome can reproduce his title-winning magic with a fairytale comeback.