It was only fitting that Great Britain’s Tokyo 2020 outing should be crowned on the final day by a sensational piece of riding in the men’s Keirin final. Jason Kenny seized the moment to streak clear of the field and become the nation’s greatest ever Olympian with a stunning gold medal.

The track cyclist’s seventh gold and ninth Olympic medal in all was surely his most unorthodox ride. Having won the event in 2016 by following the usual tactic of staying tight in behind the leaders after the pacing bike leaves the track and making a burst for gold on the closing lap, Kenny instead when for the opportunistic route.

As the pacing bike broke off three laps from the end Kenny found himself at the head of the pack and decided to go for it, opening up a momentous gap that the remaining riders just couldn’t close as the British legend maintained a lead of around 40 metres at one stage.

Kenny’s incredible ride brought Team GB a 21st gold, and Lauren Price’s fantastic win in the women’s middleweight boxing final made it 22 to give Britain its second-most successful haul in an Olympics outside of home Games. Only the 27 golds and 67 total medals of Rio 2016 top the return of 22 and 65 this time around.

And for Bolton-born Kenny there was a piece of history to add to the bulging trophy cabinet. His overall Olympic medal record takes him beyond Chris Hoy as Britain’s greatest Olympain, both by gold medals and by total.

He first won an Olympic title back at Beijing 2008, collecting gold in the team sprint event, before retaining the crown at London 2012 and also winning the individual sprint final. At Rio 2016 he retained both titles and added the first of his two Keirin golds to the mix, and with his individual sprint silver in 2008 and another second place in the team sprint in 2021, he tops the all-time list of British Olympians.

The Sportsman
@TheSportsman
🇬🇧 Jason Kenny has won more gold medals (7) than 81 countries in the world.
A national hero. 🥇 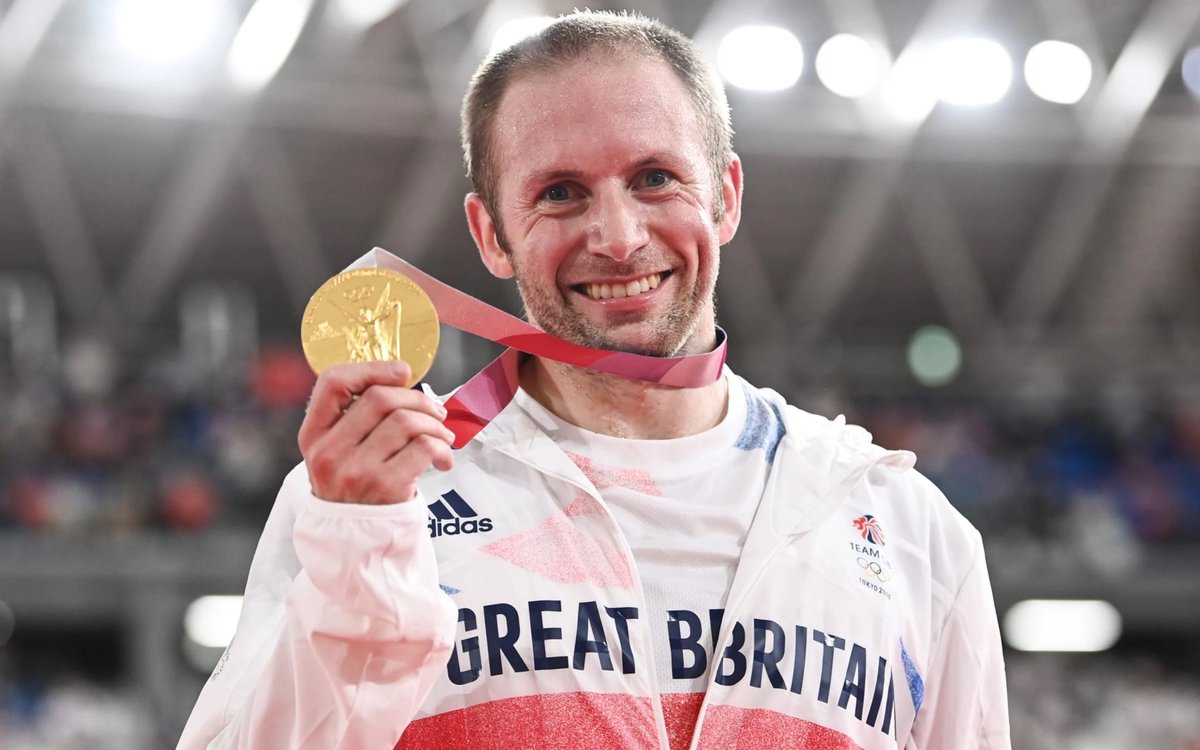 Incredibly, his wife Laura is only three spots behind him on that particular table. Behind Chris Hoy’s six golds and Bradley Wiggins’ five golds, one silver and two bronzes sits Laura, a winner of five golds and one silver, also in track cycling. She was denied a shot at equalling Hoy’s feats when she was caught up in a crash in the opening scratch race of the women’s Omnium, going on to finish sixth.

But her victory in the Madison alongside Katie Archibald earlier in the Games means there are now 12 gold medals and three silvers on display in the family trophy cabinet.

With Britain’s four greatest Olympians now all being cyclists, it was seemed only right that Jason Kenny should steal the headlines on the final day of a wonderful fortnight in Tokyo with his incredible ride. Team GB’s greatest discipline, and its greatest Olympic athlete have ended another sensational Games for the country in the most ideal fashion.