Cycling
News
Known as the 'Giant of the Mountains' on two-wheels, Bartali was a hero like no other
Kieran Spratt
13:00, 03 Oct 2020

One of the all-time great road cyclists, Gino Bartali’s achievements on two wheels across the Alps and the Pyrenees earned him the nickname ‘Giant of the Mountains’ and were it not for the outbreak of war, he could have been the most successful Tour de France rider ever.

Turning professional in 1935, his first success came just a year later in the Giro d’Italia, which caught the eye of the Italian Cycling Federation and fascist dictator Benito Mussolini, who’d taken control over both public and private institutions when he rose to power in 1922.

It was Mussolini’s hope that a win in the Tour De France would show the world the superiority of ‘the Italian race’ and fascism. Bartali went on to win the competition in 1938, but was no supporter of his nation’s leader’s policies and refused to acknowledge Mussolini in victory, as tradition would normally dictate. His decision was a slap in the face of the dictator and as a result, Bartali would return to Italy with no honours. The first signs that Bartali was no puppet were beginning to show.

By 1940, Italy had declared war on France and Great Britain and Bartali was drafted into the army. When he was found to have had an irregular heartbeat, he was assigned to work as a bike messenger - a gift to the cyclist, who could use the war to continue training for the next three years. 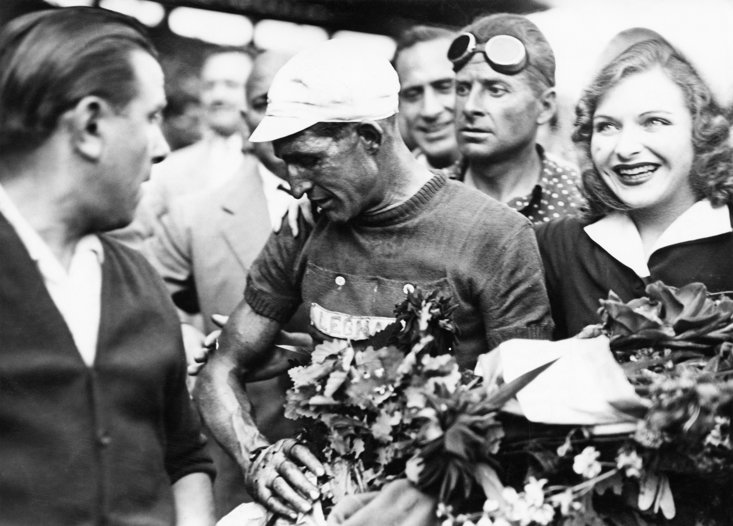 Benito Mussolini was overthrown in the summer of 1943 and the incoming government signed an armistice with the Allies but the Germans began to invade Italy from the North and the lives of Jews, now under German occupation, got much worse.

It was in September of the same year that Bartali would begin to use his role as a bike messenger in the army as a cunning ruse. Within the hollow frame of his bike, Bartali began smuggling documents and currency to groups who were harbouring Jews facing deportation to concentration camps. He also delivered messages to the Italian resistance.

He knew the roads well and thanks to his training and job, he had the perfect alibi if he was ever stopped at checkpoints. A celebrity at the time, he would always engage with the guards in conversation but If they became too interested in his bike, he would simply tell them that it was adjusted specifically to the way he liked it and that he’d rather they didn’t touch it.

He would often cycle more than 200 miles a day, sometimes with companions who had no idea what he had stashed under his seat.

Soon after, Bartali harboured a Jewish family he knew well in his Florence cellar until the occupation of the city was over, putting not only his own life at risk but also the lives of his family. 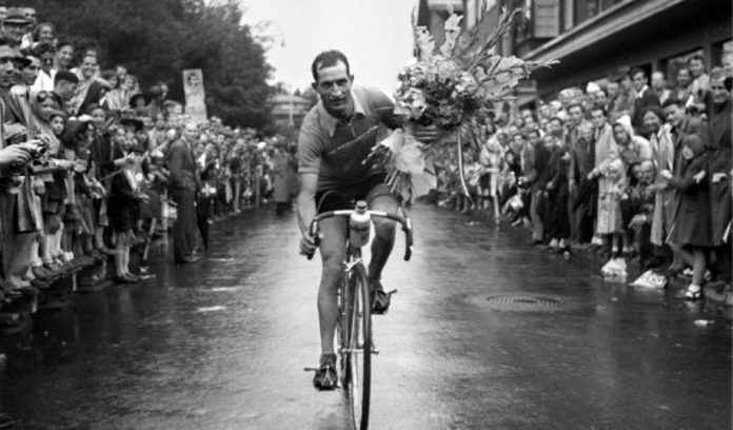 Perhaps the most incredible aspect of Bartali’s story is how long it took to uncover his heroics during the war. He told his son Andrew but made him swear not to tell anyone. It wasn’t until after his death that his story came to light and in 2013 a tree was planted in his honour at the Yad Vashem Memorial in Israel and he was given the distinction of ‘Righteous Among The Nation,” a title awarded to those who risked their lives to save Jews in World War II.

After the war, Bartali would go on to win another Tour De France title in 1948 but while his cycling achievements were incredible, it’s the estimated 800 Jewish lives he saved, at the risk of his own, that he will be best remembered for.

This article first appeared in The Sportsman on 06/07/19