Cycling
News
The Manxman remains level with Eddy Merckx after being beaten on the Champs-Elysees
Kris Voakes
18:51, 18 Jul 2021

Cavendish still takes away a second career green jersey 10 years on from his first points victory, but he was left frustrated on the final sprint in Paris as he was boxed in momentarily in the final 150 metres and couldn’t free himself in time to challenge the fast-finishing Van Aert.

“This tour has just been amazing,” Van Aert told Eurosport after his victory. “It has been a rollercoaster, and to finish like this is beyond expectations. I’ve got myself in trouble because I have to catch a flight [to Tokyo for the Olympics] tonight and all these interviews will take a lot of time! But this victory is priceless.” 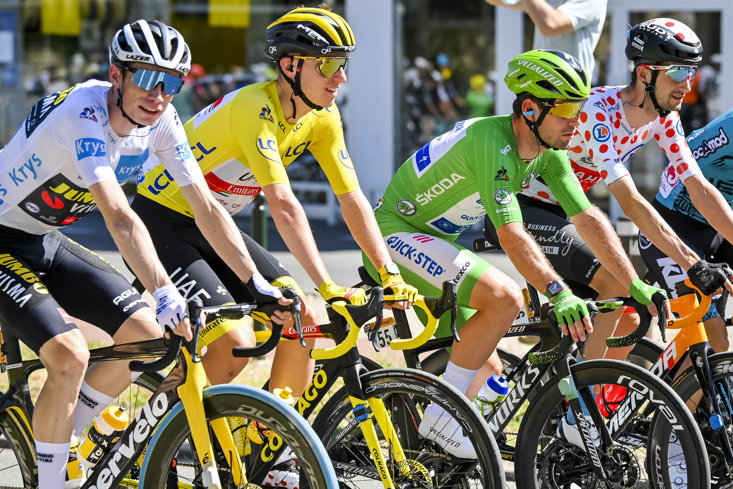 Tadej Pogacar was confirmed as the back-to-back Tour de France winner after finishing within the pack, clinching victory over Jonas Vingegaard by five minutes and 20 seconds, with the Slovenian also collecting the polkadot jersey as the King of the Mountains.

For Cavendish there will be an initial sense of frustration, and indeed he slammed a hand against his handlebars immediately after crossing the line as it dawned on him that he’d missed out on a storybook record victory on the Champs-Elysees.

But this has been an incredible renaissance all the same for Cavendish, who had been stuck on 30 stage wins for five years after his career hit a turbulent spell due to illness, injury and selection troubles. There was even talk that he would retire ahead of the 2021 season, but after signing up with Deceuninck-Quick Step he has returned to the form he showed over the early part of the last decade. 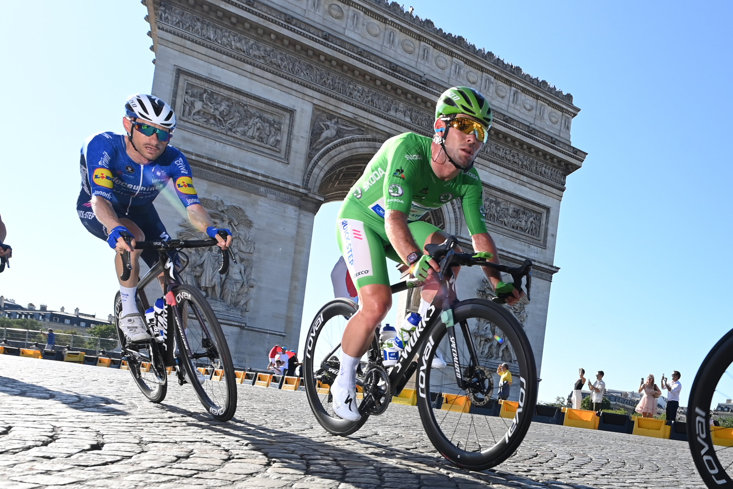 CAVENDISH LOOKED WELL POSITIONED UNTIL GETTING BOXED IN LATE ON

He was a late selection for Le Tour, with Sam Bennett initially selected to defend the green jersey, but a knee injury for the Irishman resulted in Cavendish getting the call. His response has been to record four stage victories the equal Merckx’s long-standing mark and join the legendary Belgian as the Tour de France’s greatest ever sprinter.

Cavendish won his first four races in 2008 wearing the colours of Team High Road, then added six wins in 2009 and five more in 12 months later. Another five wins in 2011 took him to 20 overall before heading to Team Sky in 2012. He won three stages that year and two more for Omega Pharma-Quick-Step one year on, with a sole victory on stage seven in 2015 being followed by four successes with Team Dimension Date in 2016.

Now that he sits level with Merckx, and with a much-improved run of results behind him in 2021, there is early expectation that Cavendish will look to compete in the Tour once more next year at the age of 37.

Meanwhile, for Pogacar there is every chance that he will begin the 2022 Tour as the red-hot favourite after his back-to-back successes. And at the age of just 22, he could well become the dominant force of cycling for some years to come.