The Final Stage - Wales is rejoicing. Geraint Thomas became the first Welshman to win the Tour de France, finishing safely to official seal his victory in front of thousands of travelling supporters. The Welshman had been in control of the race from the moment that the took the yellow jersey on the slopes to La Rosiere, and he never looked like relinquishing it on any terrain before he confirmed his leadership on the slopes of the Col du Porter. The 32-year-old was never in any trouble afterwards and never looked like cracking the arms of an incredibly strong Sky team.

He beat Tom Dumoulin, second in the both the Giro and Tour, by 1 minute and 51 seconds with Giro winner and four-time Tour winner Chris Froome 2:24 down whilst Primoz Roglic and Steven Kruijswijk rounded out the Top 10, the pair of them giving Lotto-Jumbo two riders in the Top 5.

There was the usual celebrations, champagne and flag-waving ceremonies on the run to the Champs Elysées. Sylvain Chavanel was given the space to be the first man into Paris and had his moment in the sun, and a strong break went as soon as he was caught. They were the roleurs David Gaudu (FDJ), Silvan Dillier (AG2R), Taylor Phinney (EF-Education First) Nils Politt (Katusha), Guillaume Van Keirsbulck (Wanty-Groupe-Gobert) and Michael Schar (BMC) and their gap floated between 30 and 50 seconds.

They were caught onto the final lap, and it looked as if we were going to have a bunch sprint before Yves Lampert built himself a sizeable gap with 1.8 kilometres to go. He aught the sprinters trains unaware and looked as if he could be a lone winner, but Jasper Stuyven’s huge turn out of the final turn caught him and we were treated to one last sprint showdown, where Alexander Kristoff finally got his win by a clear half bike length from a charging John Degenkolb and Arnaud Demare.

With the three weeks having passed so far, I wanted your moments of the tour – and boy, did you provide.

So much has happened over the last three weeks that putting it in one article is always going to be a challenge. So, put on your nice shoes one last time and join me, for…

Team Of The Tour: Some might say Sky, some Lotto-Jumbo, and Quick-Step had four stage wins despite losing their key sprinter, but 13 riders have already completed the course – and 24 hours quicker than Geraint Thomas. The Donnons des elles au Velo Jour-1 team comprises 13 women riders who have ridden the entire route ahead of the men to show that there can and should be a women’s Tour de France followed by the implementation of La Course, which has been successful since it’s introduction in 2014.

They have garnered many headlines and hopefully, the UCI sit up and take notice… Watch this space.

Ride Of The Tour: So many contenders but the sensational effort to first get into, and then dump, the breakaway on the way upto Alpe D’Huez from Stephen Kruijswijk should be remembered as one of the most ambitious efforts of this year’s tour and that he proceeded only to lose 53 seconds to Geraint Thomas becomes even more remarkable when one looks at the rest of the results.

Turn Of The Tour: A lot of contenders here, including Robert Gesink’s stretch of 450 watts for seven minutes on the uphill ramp before the Col des Borders before a stretch of 353 for 18 minutes on the Solour to help Primoz Roglic with his great stage win (thanks to ammattipyöräily for that data). Jacopo Guarnieri gets a lot of praise for a superb leadout for Arnaud Demare on Stage 18 and so should Jasper Styuven for his incredible chase today.

However, without Egan Bernal, Geraint Thomas’s life would have been immeasurably more difficult and Roglic might well have been on the podium, such was the 21-year-old’s incredible talent and of all his efforts he was perhaps most important on the Col de Portet when he led four-time winner Chris Froome over the line. An honourable mention.

gizzajob
@gizza_tips
@KeejayOV2 #LeTourSportsman In what has been a fairly dull race, for me, the stage 9 victory of Degenkolb was a moment of real joy 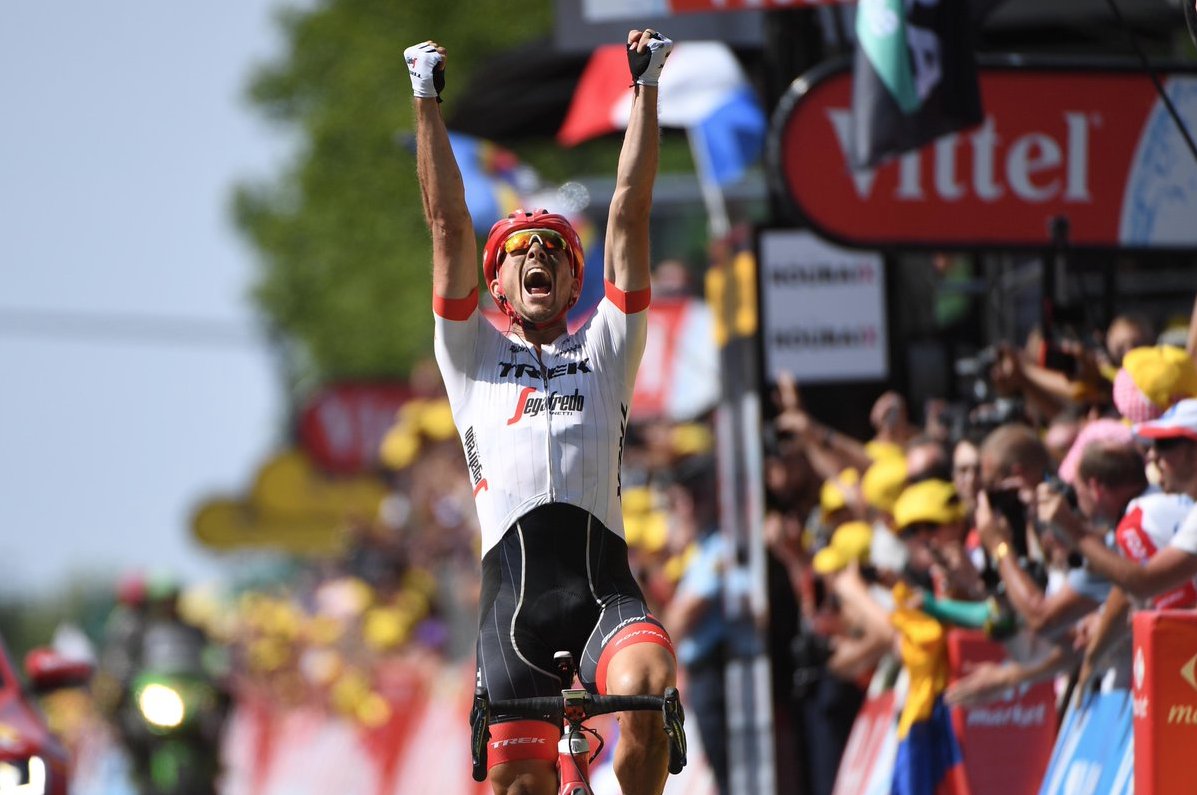 Quote Of The Tour: Dan Martin has produced some wonderful quotes, along with the always witty Mark Cavendish, but Mikel Landa’s appreciation of the Basque Fans yesterday was truly wonderful: "Considering how shitty my performance was, the best thing I can extract from the day’s racing was riding in front of such an incredible crowd."

Honourable mention for L’Equipe’s editorial on Sky’s never-ending domination; “The victory of Thomas will not reconcile the Sky sceptics, any more than asking Donald Trump to get on board with theories of climate change.” Sharp.

Let’s hope he’s better by the Vuelta, where Movistar once again send their big three.

Stage of The Tour: There were a couple of decent contenders, but the mammoth attacks made Stage 19’s epic from Lourdes to Laruns remind us of the benefits of downhill finishes and long stages, whether through the Alps or Pyrenees. Hopefully, we get lots more of both to come.

Jamie Haughey
@JamieHaughey
@KeejayOV2 Quintana showing us a glimpse of his former self with his stage win and definitely not because I had money on him...
0
0

Disappointment Of The Tour: This goes to nobody in particular but one inescapable factor of bike racing is that people will crash and all the fans can hope is that nobody’s race has to end. Whilst we managed to keep most of the general classification contenders safe, the loss of Richie Porte before we even hit the cobbles was a huge blow to the action and crashes that Rigoberto Uran and more importantly Mikel Landa suffered meant they were never at their best level. They were racing accidents at least – Vincenzo Nibali was taken out by a stupid fan and police motorbike combination just as he was fighting back on Alpe D’Huez and with that we missed out on one of the great agitators of the race.

Newcomer Of The Tour: A joint award between Antwan Tolhoek and Egan Bernal, both of whom played a big part In incredibly successful tours for Lotto and Sky. A shout out as well to white jersey winner Pierre Latour, who saved what threatened to be an underwhelming Tour for AG2R.

Innovation Of The Tour: There were lots of new tips and tricks, but a five minute podcast at the end of each day is a fine way to keep up with the best of the action, so credit to Velo Voices for their #TourIn5 – where fans can get involved and you get a bitesize recap of the day.