Athletics
News
Markus was just 20 when he headed off into a remote Swedish forest to live as a recluse and dedicate himself to his one true passion: running
Ed Needham
16:00, 24 Jan 2020

As the publishing industry is the envy of the Premier League, in that it takes a midwinter break and hardly anything new sees the light of day in January, here’s a book that was recently reissued in a new edition, and which is always worth a read to put the defibrillators on one’s midwinter physical and mental torpor.

Markus Torgeby, who grew up on an island in Sweden, was always a little strange. Hyperactive and twitchy, when he discovered he could run he amused himself by provoking older kids then outsprinting them to avoid a kicking.

He then found he could play the same game with the police while naked.

Disappointments included the day he missed the revival meeting at church where his mates learnt to speak in tongues.

Coaches raise an eyebrow at this natural athletic talent and he rises through the ranks, but he’s restless. He has no interest in school work and his mum gets on his wick no end.

She’s got an excuse – she’s got MS, can’t move and needs people to do things for her. Ever the sympathetic teenager, Markus responds to her simple request to open the curtains with, “Mum, I don’t give a shit about your curtains! I can’t be bothered.”

He throws his 100-kilo granddad through a doorway.

The fury rises another notch at a church meeting where the visiting preacher/charlatan has promised miracle cures, yet his mother is asked to move away from the stage as her wheelchair is impeding the holy spirit’s ease of movement.

Markus wants to flatten him.

Whatever the Swedish for anger is, he has most of the national reserve.

And so for Swedish problems, Swedish solutions – he goes to live in a tent deep in the wilderness. For four years.

This is a homemade teepee in a clearing that is hours from civilization.

Sometimes it is so cold his pee freezes before it hits the ground.

A mouse dies in his yoghurt. 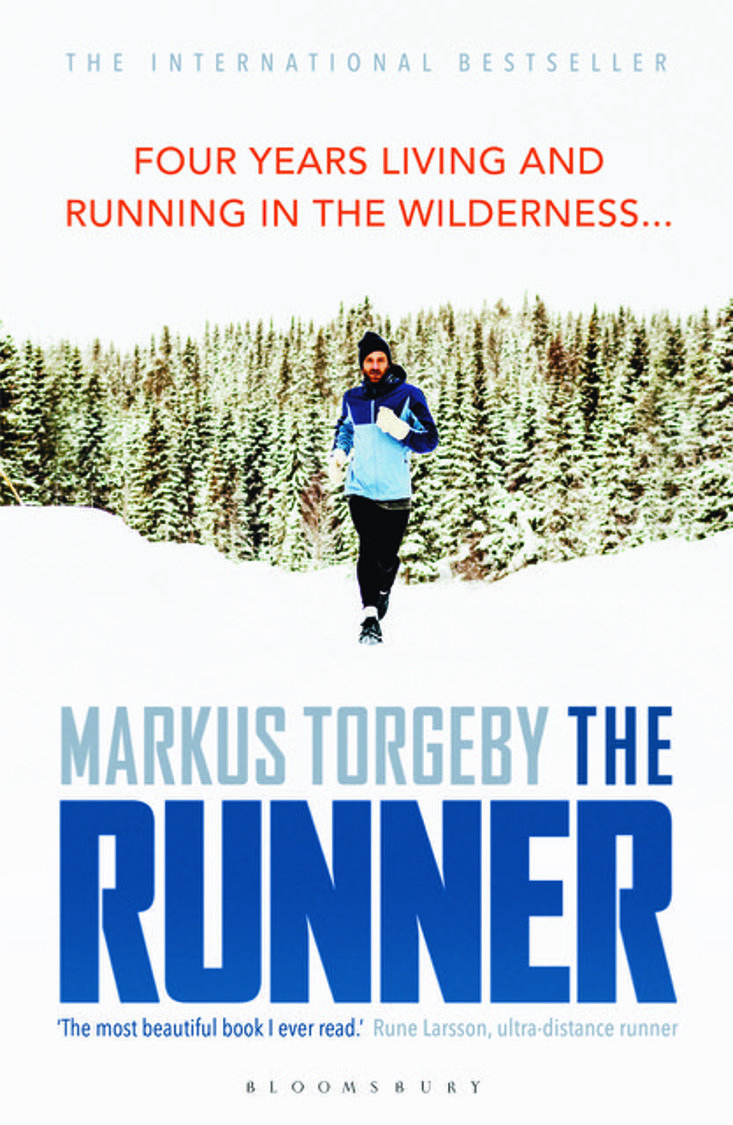 But he still runs, and one day in a competition notices the effortless technique of some African competitors.

A few weeks later, he is in Tanzania training with them, wearing a woolly hat to stop deadly snakes jumping on him from trees and biting his head.

When a fellow athlete stops for water a coach hits him with a stick – “No water!” He finds the regime agreeably harsh although he may be anorexic.

Back in Sweden, he returns to his forest yurt, then moves on to a derelict animal infested shack, which ends up so unfit for human habitation he puts a match to it.

And he still runs, so that by the time the book opens and he starts looking back, he has run “every day for the last 25 years,” usually twice a day, often in great pain or discomfort, forcing himself to do it even when his feet are malingering by swelling grotesquely.

His conclusions from this quarter-century of single-minded masochism are brief. This is no self-help tract.

One is that “Running is the movement of a free human being. It doesn’t demand any special premises or machines.”

So when “there’s a whole industry turning out new products and all the time delivering new answers to problems that were solved long ago,” they may not have your best interests at heart.

Another is that, “For many, running becomes a matter of consumption… Just another achievement in a life that is all about achieving things on every level… It becomes bureaucracy, running in ordered rows along a fixed, predetermined path.”

A third is that “I don’t know how others should live their lives. I know only that the forest and running happened to help me to find my way. So I can talk only about myself and then answer with another question. What do you yourself feel, what do you think your way looks like”

So not only no easy answers, but no easy questions either.

But if you are one of many dutiful employees wondering how much more of this tedious year you can endure without at least pushing the water-cooler down the lift shaft, then if you are prepared to accept a little pain and ignore the smirking opinions of others, then the range of possible solutions will be broader than any gym membership could ever dream of.