Laura Muir carried the hopes of Great Britain going into the opening night of the World Indoor Championships at Arena Birmingham but the Scottish middle-distance runner had to settle for a bronze medal in the women's 3000m final as Genzebe Dibaba took gold.

Muir was hoping to emulate her remarkable indoor 'double' of last year when she took gold in both the 1500m and 3000m at the European Championships in Belgrade, where she broke both European records in the process, but that dream was ended by defeat in a thrilling race on Thursday evening.

The 24-year-old took up the early running as Dibaba made a poor start but it was Dibaba who stretched her legs with a well timed surge and the Ethiopian ultimately produced a quite exceptional final 1500m to romp to gold, with the Ethiopian-born Dutch runner, Sifan Hassan, bustling out Muir on the line to snatch silver. As Muir slumped to the ground, defeated, Dibaba gleefully walked the track, draped in an Ethiopian flag. This victory against a world class field meant a lot.

"I was hurting on that last lap but I had to dig deep and I got a medal," said Muir in the wake of the race. "I can't describe the feeling, it's brilliant. And to get a European medal was brilliant but to get one on the world stage in a world class 3000m, to come through that field, I'm very happy."

There will rarely, if ever, have been more competitive line-ups for the 3000m distance at the World Indoor Championships before and Dibaba, the 1500m world record holder, will again represent a formidable opponent for Muir in the shorter 1500m on Friday. 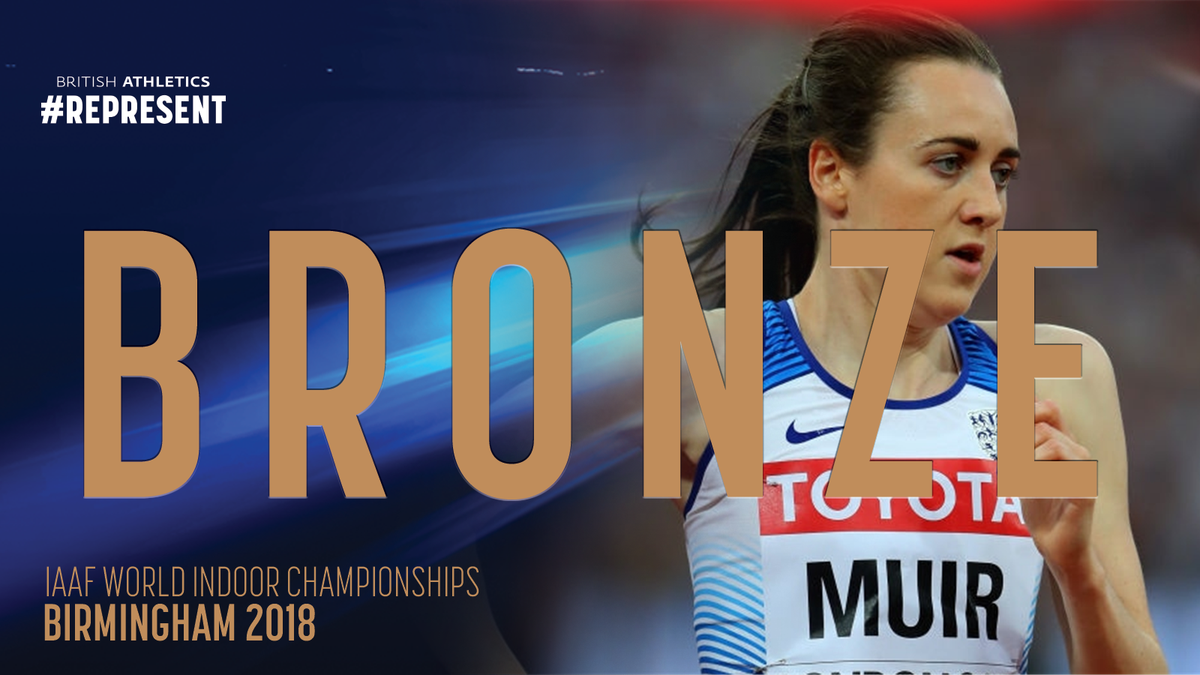 British Disappointment In The High Jump

The evening's first medal events were lacklustre high jump competitions as the men's and women's finals were held simultaneously for the first time and there were plenty of failures early on, with Great Britain's hope, Robbie Grabarz, failing with his three attempts at 2.25m. The European Indoor silver medallist was plagued by injury problems during the winter and missed the recent British Indoor Championships with injury, so it was perhaps no surprise to see that he was looking rusty and lacked rhythm during a men's high jump that did at least provide an intriguing battle between Mutaz Esha Barshim and Danil Lysenko for gold.

It was the Russian (or ANA - Authorised Neutral Athlete), Lysenko, who maintained his unbeaten start to 2018 by taking gold with success at 2.36m on his third attempt, while Barshim, the 2014 World indoor champion, failed with three attempts at the same height. Germany's Mateusz Przybylko took bronze.

There was more disappointment for Great Britain in the women's high jump as Morgan Lake's season's best jump of 1.93m wasn't enough to sneak into the medal positions as she finished fourth, with Italy's Alessia Trost taking bronze.

The defending champion, Vashti Cunningham, was defeated by the increasingly unbeatable Maria Lasitskene, who was virtually competing in a competition of her own as she romped to a 38th successive victory in meetings worldwide. The 25-year-old is head and shoulders above the rest right now, not least when cruising over 2.01m when the rest around her faltered and she duly reclaimed the World Indoor title that she previously won in 2014. The Russian athlete was no doubt delighted, albeit she looked less than impressed by the lack of a national anthem during the medal ceremony.