The 30-year-old from Dorset had been on an almost two-year expedition to run 26.2 miles in every country across the globe, a journey that began all the way back in the first month of 2018.

Having also backed himself up by considering areas that may be well become countries in the future (taking it up to 211 marathons), Nick clocked well over 5000 miles to become the first person in history to complete the feat.

Nick has been registering around three countries a week at all points across the globe on an exhaustive expedition ‘Running the World 196’ that finally concluded in the home of the marathon, Athens, Greece .

When The Sportsman spoke to Nick last month, he was about to start the last leg of his feat (somewhere on the continent of Africa at the time) and he explained his goal and the purpose of creating awareness and raise money for Prostate Cancer UK, a cause that holds a special significance after meeting a fellow runner in the Sahara Desert.

“About four years ago I was participating in the week-long Marathon des Sables and met a very special man called Kevin Webber,” Nick explained.

“He was 49 years old at the time and so overly happy, overly bubbly almost to the point - and I’ve said it to his face - of being annoying.

“We eventually had a proper conversation and he dropped the bombshell that he had terminal prostate cancer and had been given as little as two years to live.

“Kev said a particular set of words to me that stuck in my head and I use it in all of the talks that I do: ‘Don’t wait for a diagnosis’.

“While I completely understand that you can’t just live for today and you must think about the future, there should still be the realisation that tomorrow may not happen. What Kev said to me obviously really resonated and so I decided to grab life.”

Mr Webber was there to cross over the line with Nick in Greece to help him complete his record-breaking journey.

"In one sense it was just another finishing line, but in a bigger sense I've been visualising it, and finishing in that stadium in Athens was so special," said Nick after the official #196.

Though the mission is now over, you can still donate to Nick’s chosen cause Prostate Cancer UK through his Just Giving page here. 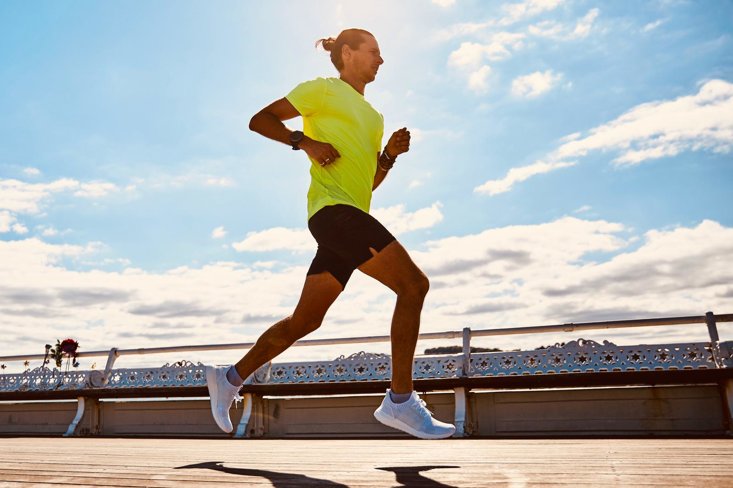